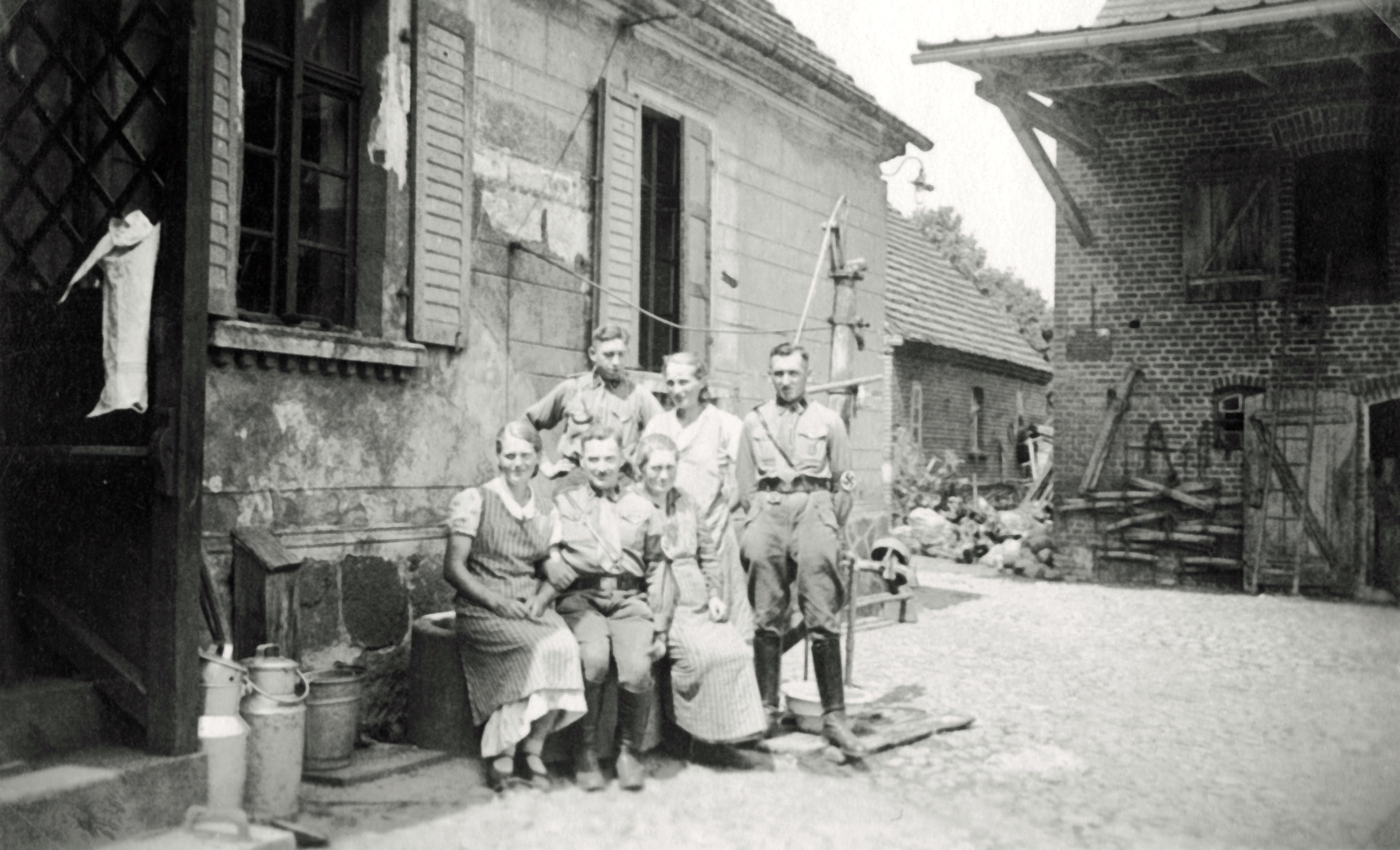 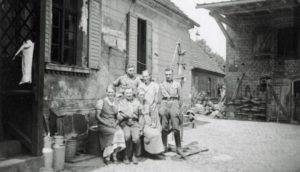 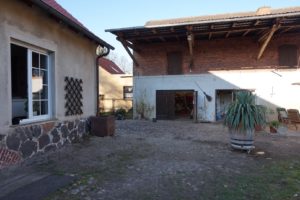 Growing up my dad told me an intriguing story about my great-grandfather Richard Pein who was at one time the mayor of Berlitt.  A well-respected member of the community, Pein allegedly buried gold coins worth millions of dollars beneath his pig barn shortly before the Russians invaded his small community at the end of World War II.  Now, 73 years later I’ve finished a journey my ancestors couldn’t make and return to the home of where the treasure was allegedly buried.  Click on the links below to see how this story unfolds. 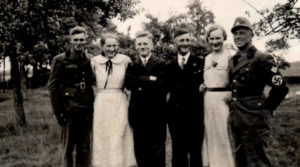 This controversial picture, taken of Tammy Rose’s great-uncle Richard Pein (Far Right) wearing a swastika, is only one of two remaining in Rose’s family and the last picture taken before her other great-uncle, Günther Pein (3rd from left), was killed while guarding a bridge in St. Polten, Austria.

This is the home where the rare gold coins were allegedly buried before the end of World War II. 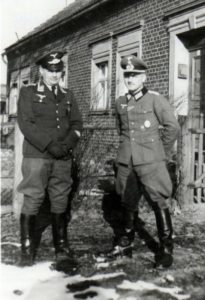 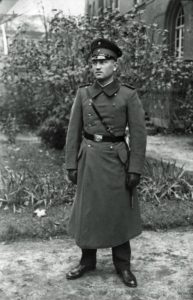 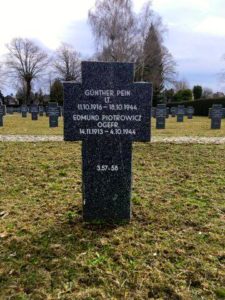 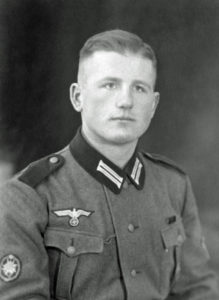 Tammy Rose’s grandfather, William Rose (Left) and great-uncle Günther Pein (middle) are wearing their German military uniforms during the fall of 1944 in Krullenkempe. Günther was killed shortly after this picture was taken on October 18 while guarding a bridge in St. Polten, Austria. Werner Pein (Far Right) volunteered for the secret police known as the White Mice in World War II but was later drafted into Hitler’s SS. Tammy Rose’s great uncle served 7 years in prison for Nazi war crimes, a family secret no one talked about. All of the swastikas worn in family pictures were later removed. Only two original pictures remain.